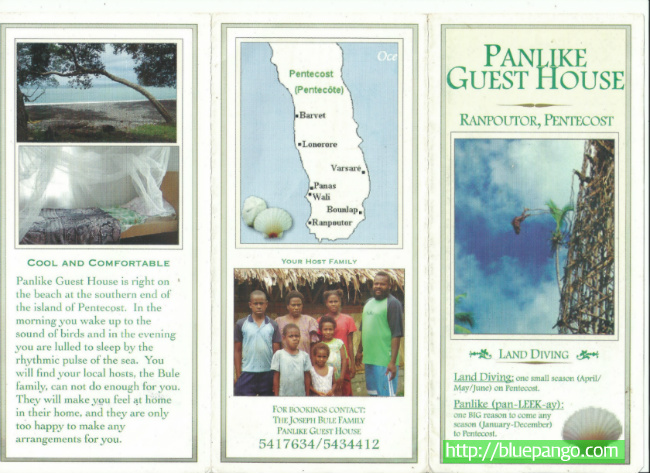 Island HighlightsPentecost Island has become famous throughout the world for the land diving ritual (Nagol or N’gol) which occurs every Saturday between April and June. The ritual, which influenced the invention of bungee jumping by Kiwi AJ Hackett, sees local men and boys as young as seven jump from a 20 -30 metre high manmade tower with only a vine attached to their legs. The tower itself take..